You may think about your home's electrical wiring only in terms of adding surge suppressors and contacting the utility company if the power goes out. But the wiring in your home is one of those basic features that affects your life in a very subtle manner. A lot of what you do when you plug items in or turn lights off is influenced by the amount of power your home has available. If you live in an older home with an older electrical system and you're remodeling part of the house, you might consider adding more power. You don't actually have to change the entire system, however.

Whether you've been working from home or you've taken up a new hobby that requires electrical equipment, you're drawing more power from available circuits. Draw too much power, and that's when a breaker switch can trip. If all you're using is a fan and a TV, for example, that might not seem like a lot, but then if someone starts vacuuming in the next room while you start up a space heater, one of those circuits is suddenly going to find itself overdrawn — and voila, you suddenly have no power. Adding amps, such as replacing a 15-amp switch with a 20-amp switch and changing the necessary wires or adding a subpanel (or even a whole new panel for a specific section of your home) can help.

Better to Have More Than You Need

If you've never had to add up watts and amps in your head before plugging something into an outlet, consider yourself lucky. With society's reliance on more electronic items, sooner or later you may have to deal with a situation where you have to unplug one thing to plug in another. Get ahead of the curve and install more power so you don't have to start converting watts to amps and adding them up before plugging something in. It's an inconvenience you just don't need.

It Won't Hurt Should You Decide to Sell Later

Even if you feel like you have more than enough power now, if the wiring in your home is older, consider adding a subpanel or additional circuit anyway. If you're remodeling, the house is in prime condition to have the electrical system redone, and that won't hurt you should you decide to sell the home later. It's going to be much less convenient to increase the power you have after the remodeling is over.

If the wiring in your home is adequate for your needs but has not been updated in years, take advantage of the fact that your home will already be undergoing remodeling to install upgraded electrical circuits and add power. Here's your chance to turn your home into a place where you never have to worry about how much power you need.

Reach out to a residential electrical installer to discuss your options. 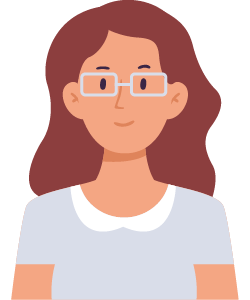 You might know that you need to hire an electrician, since you might be building or remodeling a home, or you might have an electrical issue. Of course, you're going to need to find the right electrician for the job. We know that finding and hiring a good electrician can be challenging, particularly if you aren't involved in the industry yourself. We're here to share what we know about hiring someone to perform electrical work in your home, commercial building, or industrial building. You can get tips for choosing an electrician, and you'll find advice for working with that electrician, too.